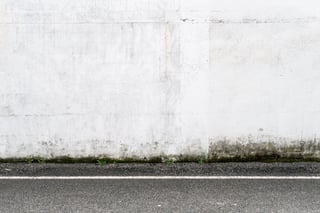 Making the Case for Bystander Training

Who are “bystanders”, and what role do they play in harassment prevention?

can intervene in harassment or other inappropriate behaviors in order to prevent and reduce harm to others.

What is an “active” vs. a “passive” bystander?

The primary goal of these approaches is to encourage individuals to act less as “passive” bystanders (those who take no action), and more as “active” bystanders (those who take action to prevent or reduce the harm). Research suggests that an “active bystander” who takes such steps can make a difference in these types of situations, potentially thwarting and even preventing future harassing behaviors.

So, what would bystander training look like in a corporate business environment?

Bystander intervention training builds the skills needed to be “active” rather than “passive” bystanders by teaching participants to:

What should an “active” bystander do and say?

Essentially, bystander training participants would be provided with real life scenarios to help them practice how they might safely speak up in a situation where they may be witnessing harassing or offensive behavior against someone else. As an integrated component of a sexual harassment prevention strategy offered by the organization, this would include case studies and role play exercises in which employees could practice safe and appropriate ways of intervening to prevent the continuation and/or escalation of the harassing behavior. Training would also need to be tailored to the industry and specific work environment to be maximally effective.

For example, options for bystander intervention can include:

Bystander intervention can also include talking openly about inappropriate behavior, like asking coworkers: “Did you notice that? Am I the only one that was uncomfortable in this situation?”

Employers should not underestimate the impact that harassment has on bystanders as well as targets. Bystander training as a component of sexual harassment prevention efforts empowers everyone in the workplace to be an active participant in the response to sexual harassment, and to contribute to a culture where the expectation is that all are treated with respect.

Wrap Up to the Blog Series: “Managing 4 Difficult Workplace Behaviors”